This shot needed a shutter speed fast enough to freeze the bird in flight. 1/400th of a second was plenty fast.

A perfectly exposed photograph is a thing of beauty. In the old days that meant carrying around a light meter the size of a hand grenade and taking readings to calculate the exposure. Because those calculations were frequently average values, a smart photographer would bracket exposure by a stop above and below, hoping one of them was just right.  Trying to get the exposure just right in the shot above with a hand-held light meter would have been as much luck as skill.

Today all that has changed with exposure calculations mostly being taken over by the sophisticated and lightning fast computer inside your camera. Compared to just 10 or 20 years ago the technology today is nothing short of amazing. Your camera’s computer is really good but it does have its limitations.

You camera is almost magic at analyzing a scene and calculating the perfect average exposure. What it can’t supply is the eye of an artist and that’s where you come in. You’re necessary because the perfect exposure is rarely the most optimal. Your camera can can calculate an excellent average value but it needs you to be perfect.

Proper exposure means balancing three elements: Shutter speed, aperture and ISO. When your camera is in automatic mode, the computer balances those three elements for you to provide the optimum average exposure for a scene. Sometimes, you’ll want to take control of individual elements.

Shutter speed is part of the exposure triangle and a creative choice in many ways. Shutter speed is the length of time the image sensor is exposed to light. Shutter priority mode in your camera is telling the computer to fix the shutter speed where you say and adjust the other exposure elements to make it work. That’s great for freezing fast moving action and long shutter speeds can be used to make slow moving water look like fog or smoke. This picture was taken at a very low f-stop and a neutral density filter to throw the background out of focus with the camera set to Aperture Priority.

The aperture of your lens is a measure of how much light is coming through the lens, usually measured in f-stops in photography and t-stops in video. The higher the f-stop number, the less light that’s coming in through the lens. When photographers talk about “fast” lenses, they’re referring to lenses with very large maximum apertures, like f/1.4 or f/1.8. Really fast lenses will go all the way down to f/1.2.

Those very low f-stop numbers mean the aperture diaphragm inside the lens is quite wide. Because so much of the glass is exposed to the shot, any slight aberrations in the lens optics will be easy to see in the final picture. That’s why fast lenses tend to be very large, containing high quality glass and composite image elements.  All that technology also tends to make them really expensive.

One of the reasons photographers pay so much for fast lenses is that at very wide apertures (low f-stop numbers), it tends to throw the background out of focus. That’s a highly desirable outcome in many shooting situations, such as shooting an outdoor portrait where you want the background to be out of focus. At very high aperture numbers, like f/13 and f/22, the aperture opening is relatively small and area in focus will be much wider. When you’re shooting a landscape, you want to use the highest practical f-stop to make as much of the picture in focus as possible. The obvious noise in the pictures does not add to the ambiance, it’s just dirty, dull and noisy.

In the old days ISO was fixed by the roll of film you loaded in your camera. Today the ISO rating of image sensors is highly variable and can be changed electronically. Just like film, the higher the ISO, the less light your camera needs to capture an image. Unfortunately that increased sensitivity to light comes at a cost. The higher ISO your camera is using, the more it tends to amplify the noise in pictures.

In the old film days that “noise” was the size of the film grains in fast film. Today when you tell the camera to record fainter light by raising the ISO, the sensor is also amplifying fainter noise. Unlike film grain, which could add to the texture of the photo, noise is just ugly dots.

Strangely, and for entirely different reasons, the advice from film days still holds true that you should always shoot at the lowest ISO that will deliver good results. Most of the time it’s okay to let the camera computer decide for you but, like every other element of the exposure triangle, there are times you’ll want to choose.

Knowing when to take over from your camera’s computer is one of the keys to getting excellent photographs.

Our Free Photography Bundle includes $180 worth of Photoshop actions, Lightroom presets, photo overlays, and print templates. Use our products for free with your own photos!

About the Author: Chris Poindexter

Freelance writer, photographer & videographer, Chris Poindexter has spent the last four years on the road writing two books on full-time RV living. Besides photography, he writes about personal finance, science, tech, travel & fine dining. Besides a writer, he was a software engineer, CIO of a medical services company & volunteer firefighter. 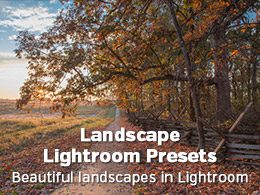 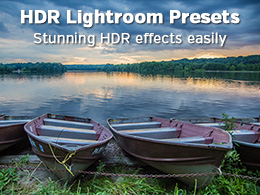 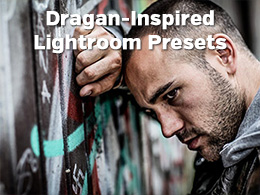 ×
Free Photography Bundle: Actions, Presets & More!
Get $180 worth of products for free! Try our products and use them with your own photos. 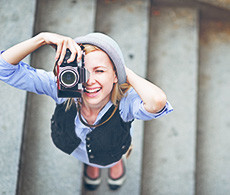 Get 25 Photoshop Actions for FREE!
You'll get a collection of 25 actions from our various premium action sets as a thank you for subscribing to our newsletter. Use the actions for awesome one-click photo edits. (Please check your email after entering your email address.) 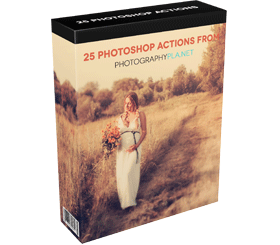