I know what you’re thinking, it’s probably somewhere along the lines of “Isn’t the entire point of taking a landscape to make the land the center of attention and not people?” You’re not wrong, but by avoiding having people in every landscape you take, you could be missing out some prime opportunities to add even more interest to your images. Having a well placed human element can take a good landscape and make it great.

One of the key elements to incorporating a human element into a landscape is to make sure that one does not overpower the other. Both elements should complement each other to improve the overall impact of the image. At first it may be hard to compose the scene–it’s easy to turn a landscape image into a portrait with a nice background if you’re not careful. In most cases, you’ll need to use a little forethought to make sure both subjects are situated in your composition just right, but as you begin to use, or at least think about, this technique more and more, you’ll begin to develop a stronger eye for it and it will become more second nature. 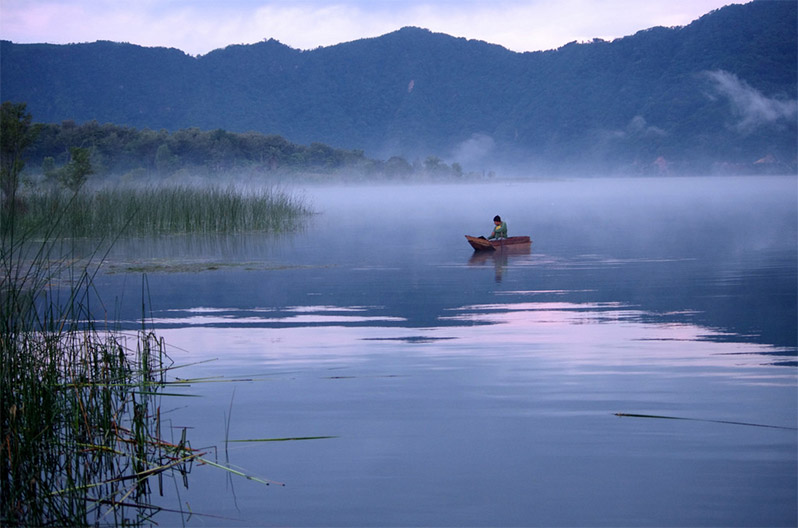 In this beautiful image, photographer, Adam Baker, has perfectly combined the nature of a landscape image with a portrait of a boater. Imagine for a second, if the boat was not in the water. The surrounding environment captured within the frame is still able to support the image; however, the presence of the boat improves the landscape element even more by giving the image balance and adding an additional layer of interest to the composition.

Start Of The Steep Trail by Dan Cook 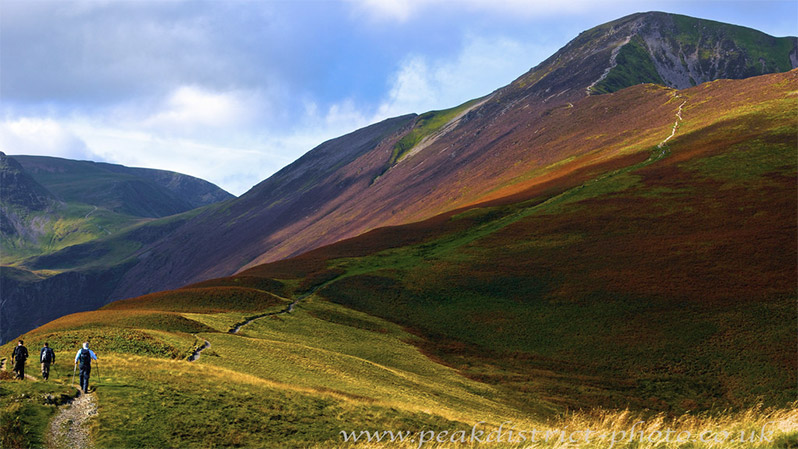 This photo by Dan Cook uses a number of composition tools including the use of a leading line (the trail) and the contrast between the sun light and shadows to create depth. As you can see, it also utilizes the human element. Like the photo above, the human element offers balance to the image and, in this case, also serves as a scale to the human eye, allowing the viewer to see just how large the mountain range is, making it even more visually impactful. The viewer’s eye notices the human element, but it does not focus on it–rather, the eye tends to take the whole image in as a whole. 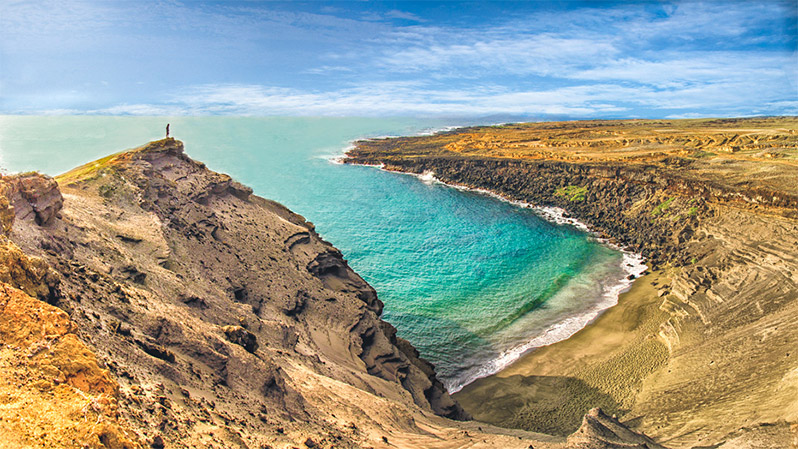 With this image, you see the human element is very small, whereas the landscape element is expansive and vast, similar to the last photo we looked at. With the tiny person standing near the edge of the tall cliff, the greatness of the landscape is amplified and appears more powerful.  Because of the image’s dramatic overall impact, the viewer is more inclined to make a strong connection with the photo and be able to “experience” the scene on more internal level. Part of that is made through the addition of the human element. Having the presence of another person in a photo makes it easier for a viewer to relate to the image and imagine they were the one standing on that cliff ledge overlooking the ocean–which is exactly what a great photo should do!

To recap, the one thing you really want to keep in mind when mixing the human element into your landscape is that it’s not all about the person, nor is all about their surroundings. It is about both of those things and how you can use one to balance out and improve the other. Once you are able to see that balance in your composition, you’re well on your way!