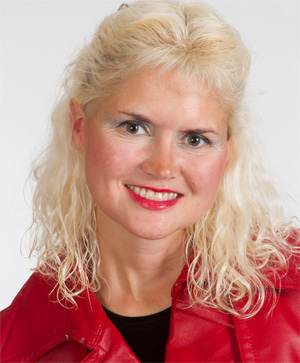 We set this shot up with five strobes.

Last time we covered basic three-point lighting and that yielded an entirely decent head and shoulders portrait. With a neutral background three point lighting works great and it’s a basic setup that’s been working in photography for decades.

Today I want to amp up the power a little…you know how I love lighting power. If I hit the test switch and the lights dim across town from the power drain, you know that’s going to be a fun shoot! There’s also method to the madness as today I want to try lighting with a little more fashion edge to it.

One of the staples of fashion lighting is the near ubiquitous white background. For this shoot then we’re going to utilize the same talent we had in the first article with a change of clothes, and work in the same studio, but we’re going to alter the setup for shooting a white background and to do that we’ll need some extra lights.

For our key we used an Alien Bees 800 in a Fomex rectangular soft box.

We used only a single modeling light on the Fomex soft box and metered our flash setup.

The lighting setup is otherwise identical to the three light set. 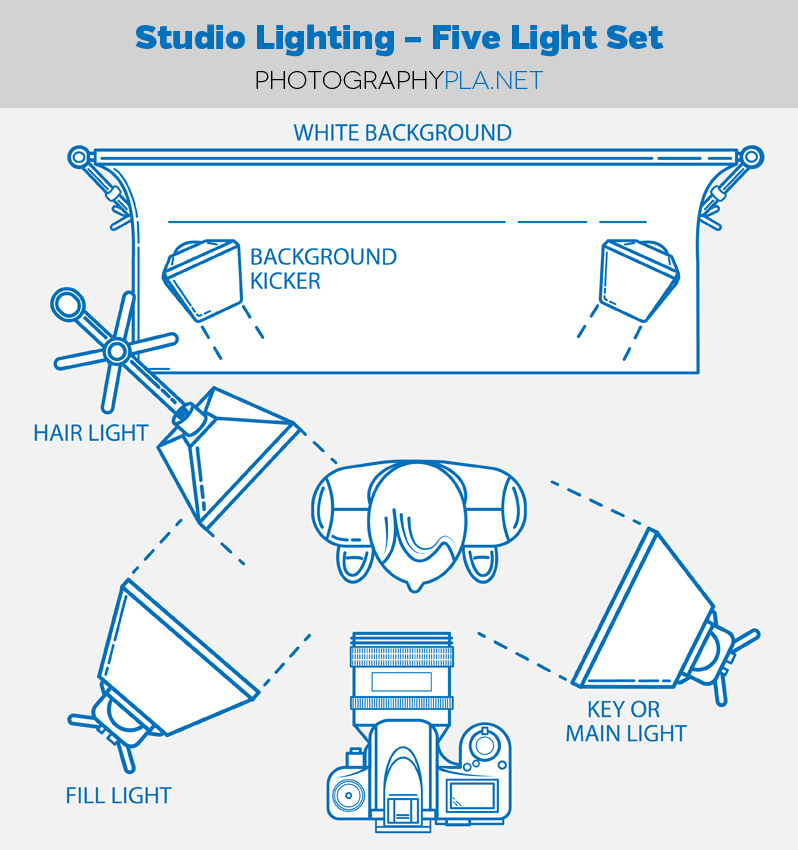 Why So Much Extra Power?

Because I like seeing the studio windows bow outward from the nuclear shockwave when the strobes go off. Okay, that’s not true…not entirely true anyway. The extra power is there because without it the white background doesn’t look white, like we see below. 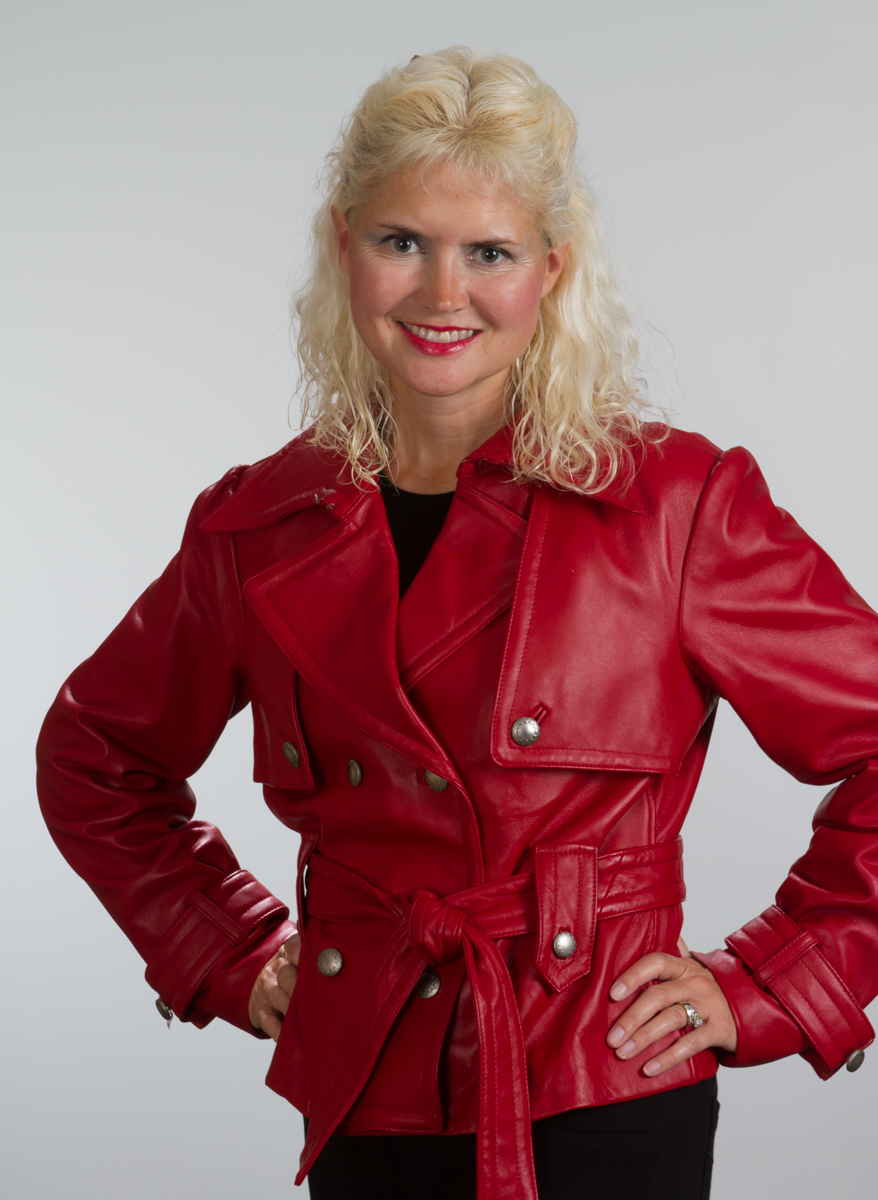 The unlit background is more blue-gray than white.

See the slightly bluish cast to the white background? This is not the “white” we’re looking for, we want ultra-bright white and to get that is why we have blast the background with +2 stops from two strobes and go for total white blowout. 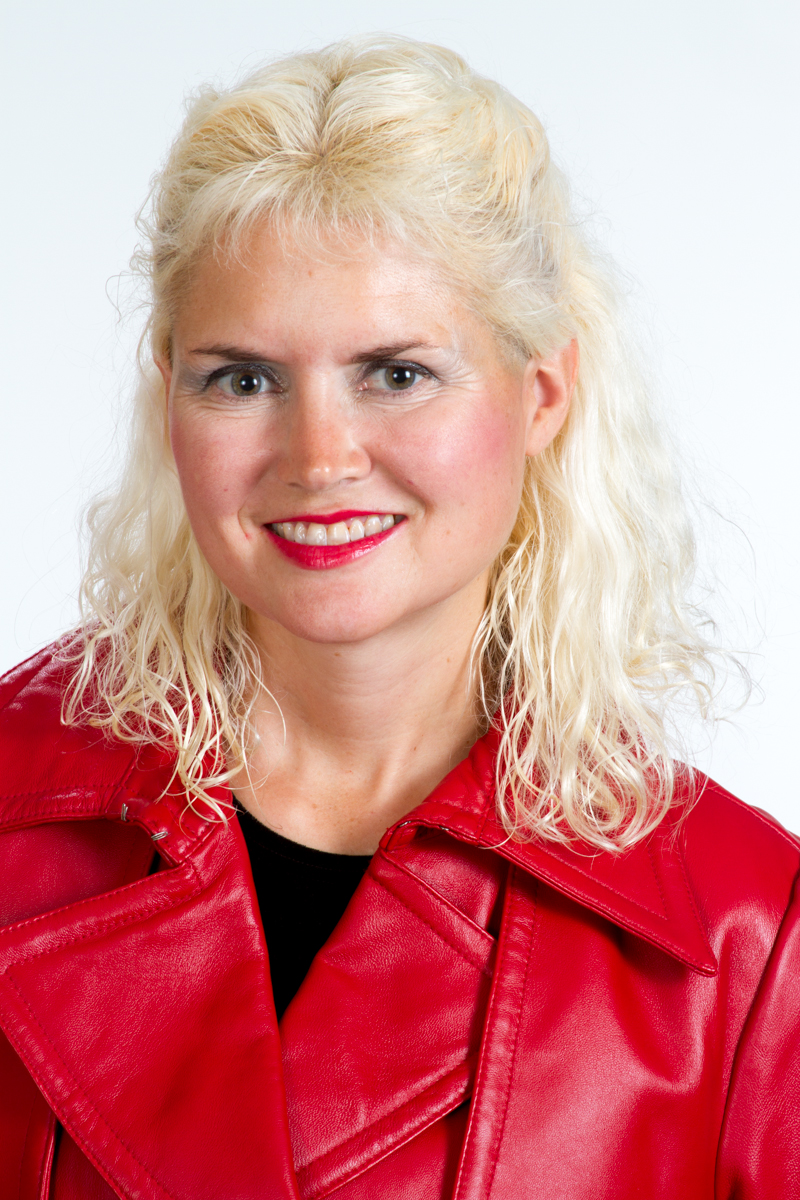 Much better but notice we’re about to lose of the blond highlights because of blowback from the reflection off the white background. We’ve got the power cranked up so high the background is becoming a giant bounce card. Even at that notice up at the top of the background we’re still getting a little fall off from pure white because the kickers are on the floor.

Also, if this were a real deal shoot, I’d probably want to set up a scrim to try and take some of the shine off her jacket which is reflecting a lot of the key.  I’d also angle the kickers up as it appears we were blasting the lower third of the background and getting fall off at the top, even at +2 stops.  The 400s were already banging at full power, there wasn’t a way to make them brighter.

I wanted to shoot more but my wife, who was also the talent, says, “I can’t see anything but blue spots.”

“Walk it off,” I tell her. She gives me the look that means we’ll be talking about that later.

You can use the kickers on a white background lots of ways. I used a basic three light configuration because we already had it setup and dialed in with the light meter but there are many variations you can use that don’t require a shop full of lights.

You can add the kickers for the background and light your subject with a beauty dish or ring light. I’m not talking about the kind of ring light used in macro photography, I mean a real 320 Ws circular strobe like the ABR800. That’s actually a setup you’ll see quite often.

You can also try a single kicker behind the subject to light the background. If you get the angle right you won’t see the fall off at the top but if it’s a weak strobe it will fall off on the sides instead so shoot a little wider than you normally might.

Five lights are great if you can afford the setup, if not work with what you have until the budget improves.